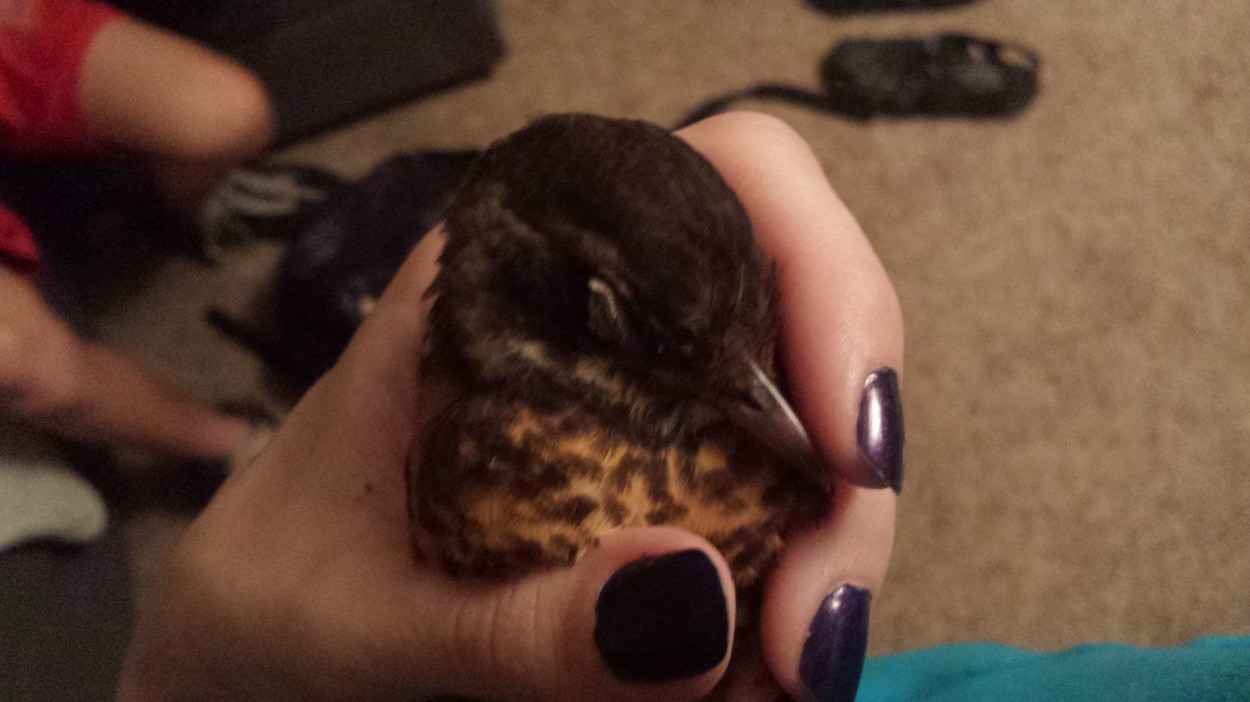 Took the kids and dog for a walk today, but didn’t get very far. We walked into a park that’s being built up the street and as soon as we did, I spotted this poor thing. At first I thought he was dead, but he kicked his feet. I handed the dog off to Booger #1 and scooped him up. He’s young, his breast is still spotted. He may have either fallen from the nest or crashed into the tree. I’m a little worried, as he’s got a head tilt and was not breathing well. It’s been a long time since I did some wild bird rehab. For awhile, I had cages set up in my house with fledglings and injured adults that either came in through the clinic or that friends and neighbors brought me. I loved setting them free.

In the majority of instances, if you find a baby on the ground, leave it. The parents are always nearby and will continue to feed it until it starts to fly. If you are worried over their safety, put them in a tree or bush. Birds don’t have a sense of smell, so picking it up won’t make the parents abandon it. Don’t put pressure on their chest. Even slight pressure can suffocate them. Just move quickly and keep handling to a bare minimum, especially if it’s very young. They need their instinctual fear of people to remain.

Unfortunately, in this guy’s case, leaving him there would certainly cause his death. He couldn’t right himself, and again, showed signs of some head trauma. Evil people and unchecked dogs were my worry. Have him set up in a small carrier and am hoping he’s just in shock and will recover. If he does, I’m pretty sure the frog is willing to share her worms.