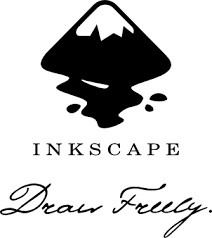 I got to my first break in scene in the new book, Steam! Yay!

I entered in the typical *. And sat and stared at it, unable to write further. I love stars. Used Shift + 8 for RMOS and it worked. Really should work in Steam, given some settings and themes. But it doesn’t. Tried to keep moving. Will come back to it later.

I need something nautical/aeronautical. How about a compass? I googled, found some nice ones, but then that puts me into copyright infringement and thievery. I may have pirates in the new book, but I’m no pirate. I used InkScape to plot out RMOS’s cover. I can try to make one Steampunkish compass, right? It’ll be shrunken down small for a page decoration, so it doesn’t need to be astronomically great. No one will notice how seriously crappy it is.

I seriously doubted my skills. Some of those images were astronomically great. I did some research into compasses, and they are works of art and technology all by themselves. How can I contribute to something thousands of years old, on a free computer-based vector program?

Again, Inkscape is free. It had a learning curve for the simple things I needed from it. It did take time for me to get it, and I’m still learning as I use it for other things. It’s not professional grade, and I’m no graphic artist, so what I did on screen for RMOS  didn’t translate perfectly to what CreateSpace printed up for my cover. I’m pleased, but wish it matched.

I know nothing really about Steampunk design. It entails gears, and a romantic industrial look, which is why I’m drawn to it: the merging of something feminine and masculine;  of two separate concepts of thought and age; something historic and something advanced.  I had my brand new sketchbook and art pencils sitting behind me, yet I wanted to turn to the computer. Don’t misread that. I don’t classify myself as an artist, but I can convey what I see when I need to. (take a peek at some of my RMOS sketches here) Steam has become a visually endearing project as well, more so, and I bought the sketch book to start drawing again, and to help me organize Steam. But to sketch something up and insert it graphically into the book wasn’t going to work.

Steampunk gears just won’t work either. So I switched it up, using the concept but not the elements, and ended up with something Art Nouveau/Steampunk. Which is perfect! Fits my character wonderfully. I’m pretty amazed at myself! I designed a compass….on the computer! MC’s compass is complete! Now I feel like I’ve designed my own path for the book.

Can I do another?

And I did! For the secondary MC! LOVE HIS. Think he’s getting a tattoo now.

I’m still in the really early draft phase of Steam, which means I’m stingy and territorial and can’t bring myself to share those images. I can share the third compass design, though. It’s not a directional compass, but one with the 8 main names of the wind. This one is still a work in progress, as I want it to have a Middle Eastern flair. (I know less about that art than I do Steampunk and Art Nouveau.)

This one is not as stunning as the first two, but you can see some of the intricacies InkScape will do. First time I tried something geometrical with them, and I like it! If you’re a novice like me, and need something for simple images where Adobe is just not practical or financially feasible, try Inkscape.