I sat on my first author panel last Saturday, and it was a really pleasant, enjoyable experience.

But an interesting and embarrassing thing happened before it started, and this is actually the second time the question has popped up. I am the only one in my writer’s group that writes fantasy, and I was also the only author at the fair and in the panels that wrote fantasy. I was asked ‘But what is fantasy? What is your book? It’s science fiction,’ and I was very quick to exclaim “No! Not science fiction!’. But blanked on what, then, fantasy is.

I completely understand what fantasy is. And because it’s something I have always gravitated towards, have always written and usually read, it never occurred to me that other people wouldn’t have the same innate understanding, whether they have any interaction with fantasy or not.

So, what is fantasy?

Well, crap. Innate does not translate well into defining. I posted the question on a Yahoo writers’ group, and I posted again on a women writers Facebook group. Think something went wrong with the Yahoo group. I’m having trouble with communications at the moment. But I received a lot of brainstorming answers from the Women’s group. And many are as vague as I came up with. Gives me more confidence. I’m not the only one stumped. People answered according to what they read or what they write, which can not be blanketed across everything encased within the fantasy realm.

Fantasy is as different from science fiction as a mystery is from fiction. Maybe you get my multiple intimations within that one sentence. Fiction as a whole can be called fantasy, as both are made up. And science fiction is a form of fantasy, as a mystery is a form of fiction. Fantasy, however, goes several steps beyond what fiction can, and that is why I like writing it. It’s the details that turn a fiction story into a fantasy. My story can take place on an island floating in the sky, with people driving floating whales amid purple stars. My main protagonist can still be a PI trying to solve her best friend’s murder, or thwart the queen’s assassination, or overcome her last remaining parent’s death while cleaning out their ship-house and finding lost love letters from someone other than her mother. Or, maybe the woman in the love letters was her birth mother. And she had gone to a witch for some cough medicine, and never returned.

We all grew up on fantasy, even if you forgot it. You were once Peter Pan or a Lost Boy, but you grew up. Fairy tales, tooth fairies, Santa Clause, and Easter eggs. They are the foundations of our belief system. Fairy tales are morals and lessons hidden in easily absorbed stories of wonder and fear. Children are closer to believing in the wondrous and unexplained than adults. But for some of us, the fantasy belief just never leaves us. It’s wired into our brains and paints the way we see and relate to the world. Or, more accurately, how we portray the world back. Fantasy is in the details, in the world that the writer has dreamed up. As a fantasy writer, that’s what I do. I build worlds.

I found this quote by Victor Hugo last week, and I love it two hundred fold because of what it says and because he’s the one who said it, and I love him. ‘A writer is a world trapped inside a person.’ My fantasy wired brain is having all sorts of fun with that. I have a ton of worlds co-living inside me right now. I am my own galaxy, and this sentence and imagery just makes me glow. I even bought a tee-shirt with it emblazoned on it. But the company lied on their sizing chart, and even though I order two sizes up, it wouldn’t fit my 12 year old son. This does not make me glow.

I had to pose the question several times in my comments to my posted question. In general, not by any of the numerable and slightly confusing sub-genres. What is fantasy? Magic, good vs evil, mythological creatures, medieval settings, time travel, myths, different worlds, space, technology. Yes, but mostly, no.

My conclusionary thought is this: fantasy is fiction with bling. There is some fantastical element to the story (see above). Something that renders it impossible in our real daily life. Unbelievable. I write fantasy because I love those details, the bling, the surrealism, and making what’s impossible absolutely believable. I like not having constrictions and rules. I like being able to think way outside the box. And the circle that contains the box. And creating everything- my story’s entire world and economics and religion and resources and characters and creatures and….- entirely from scratch. I’m a story-teller, and I’m going to ensure that it’s a really, really good one to tell.

So why would I be upset that my fantasy gets termed science fiction?

Let’s talk a little about some of the many types of fantasy.

High Fantasy is a completely fantasized world, with creatures and magic and typically centers on a fight of good vs evil. If you take these elements away, you have no story. Think Lord of the Rings and Willow. Harry Potter. It takes a wicked sense of brilliance to pull this off. The story line is intricate and complicated. JRR Tolkien is still the reigning king. Though maybe J. K. Rowling is the reigning queen. The medieval setting answer goes here. As do princesses and castles and magic and wizards.

Urban Fantasy and Paranormal Fantasy are very similar, and I’ve read way too many slight variations in definition that are contradicted in various google searches to have a clear idea what the actual difference is. Both take place in our world in real places, and both have magical creatures (like fairies, angels, witches, werewolves and shifters, vampires, ghosts etc). Typical story line is that a human has just discovered that there exists a whole different world within our own, that we are very ignorant about. I joke with my mom about the fairies that have control of her garden. Most of the plants, she didn’t plant. The ones she does, don’t take. Or grow on the opposite side of where she wanted them. I joke with her about them, but I’m really not. And if you must know, fairies are way scarier than vampires or zombies, so BE NICE. I bought her a fairy statue and put it in a flower bed to keep her on their good side.

Back to the point: Urban must take place in a modern real city, while paranormal takes place in any real setting, at any point of time. Paranormal appears to be Urban that is more romance in nature. Patricia Briggs and Charlaine Harris, Deborah Harkness, Mellissa Marr, and Laini Taylor write in these two genres. Do not let any YA stamp fool you. YA requires NO sex or anything overly graphic, yet they have been the most suspenseful, emotional, tense reads ever. They’ve rooted in my head and haunt me. Awesome, awesome stuff!

Science fiction relies on science. It’s pretty darn technical. Think Star Wars and Jurassic park. Some say this isn’t fantasy at all; it’s its own main genre. Have you ever read Jurassic Park? That is a brilliance way different from JRR Tolkien’s. A cousin once complained that it was assigned to her daughter for a required read, and I rushed to defend it. It is just sharply, masterfully written. Michael Crichton was an MD. He knew science and he proved very well how such a thing as Jurassic Park could be possible. And he writes medical thrillers. I am not a science fiction sort, but I was in awe of what he thought up. It took brains and research and brilliance. Scary.

Space stories factor in here too. Fantasy and making things up won’t fly in this genre. The author needs to prove to you in subtle or blatant ways that s/he knows their s&*#t and that it really is conceivable. 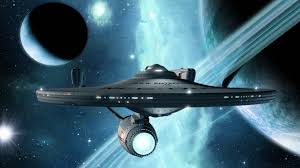 Dark Fantasy is, yep, fantasy with a horror element. Charlaine Harris could maybe dip into here too. As very non-sparkly as her vampires are….yet again, her fairies are still worse.

Steampunk is more science fiction. With a twist and extra bling. Think historical science fiction, though it’s begun to branch outside its typical Victorian era. Now there’s old west, Japanese, and Afropunk. It is such a fun genre and aesthetic. Way harder to define than fantasy.

My fantasy doesn’t fall into any of these. There is some high fantasy as part takes place on a world of my creation, and there’s some Urban as the other part is in a modern setting. But not enough of either. There is no good vs. evil struggle. Her purpose is not to save the world, and she isn’t a princess. Nor will she discover that she is. She has no magic. Whatever magic that exists is purposefully underplayed. But there is a dragon and a unicorn, although the story-line and the understories are pretty close to literary fiction. I can’t find anything that labels this, so I call my subgenre of fantasy ‘fiction fantasy’. I love subtlety and surrealism, and it’s rampant in my writing.

Fantasy is fiction with all sorts of bling.

4 thoughts on “What is Fantasy?”